Journal of Pharmaceutical Research Science & Technology is an open access peer reviewed online journal. The journal believes in “Knowledge for all”. The journal aims to build a scientific community where researchers and scientists can share their knowledge and scientific information’s for the betterment of society. IJPP is archived in Portico.

All Published Work is Licensed under a creative commons attribution 4.0 international license 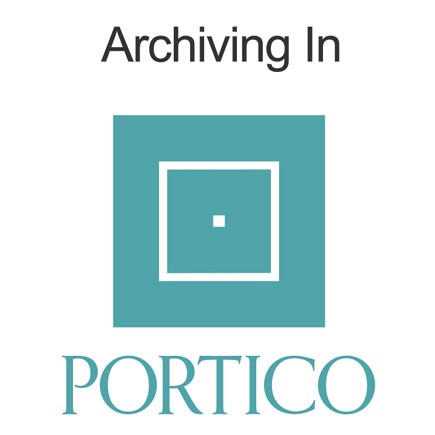 .This permits anyone to copy, distribute, transmit and adapt the work provided the original work and source is appropriately cited. Journal of Pharmaceutical Research Science & Technology supports the Open Access initiative. We believe in giving the maximum exposure to our published articles, so that the author could get the highest impact for his publications.

Journal of Pharmaceutical Research Science & Technology discourages plagiarism. All the manuscripts submitted to the journal undergo strict plagiarism checking using quality plagiarism checker. Currently we are doing it through Turnitin. Plagiarism in manuscript beyong 20% is liable to be rejected and considered not fit for further processing of the article. We have an in house team of reviewers who performs the preliminary reviewing of the manuscript. If the articles get accepted, it is forwarded to the subject specialist for his comments. All the submitted manuscript is assigned an Editor from our Editorial Board Members. The decision of the Editor (Accept/Revise/Reject) for respective article is deemed to be final and will not be revoked in any circumstances.

Submit your manuscript at

Pharmaceutics is the core branch of Pharmacy. It deals with the science of developing a new chemical entity (NCE) or old drugs into a medication which can be used by the patient safely and effectively. It is also called the science of dosage form design.

Pharmacology is also one of the core branches of Pharmacy. It deals with the uses, effects and modes of action of the drugs. It is the science of drug action on biological systems.

NDDS is an advanced drug delivery system which improves drug potency, control drug release to give a sustained therapeutic effect and provide greater safety. NDDS is combination of advanced technique and new dosages forms which are superior in activity in comparison to conventional dosages forms.

Targeted drug delivery is a modern method of delivering drugs to the patients in such a targeted sequences that increases the concentration of delivered drug to the targeted body part of interest only (organs/tissues/ cells). This in turns improves the efficacy of treatment and reduces the side effects of drug administration.

A nanoparticle (or nanopowder or nanocluster or nanocrystal) is a microscopic particle with at least one dimension less than 100 nm. Nanoparticle system is an evolutionary development that has taken the pharmaceutical world with storm. Numerous scientists round the globe is involved in developing nonoparticle system for newly discovered as well as old medical entity.

In vitro means "within the glass". It refers to the technique of performing a given procedure in a controlled environment outside of a living organism.

In vivo means "within the living". It refers to experimentation using a whole, living organism as opposed to a partial or dead organism. Animal studies and clinical trials are basically the two forms of in vivo research. In vivo studies are preferred over in vitro because it is better suited for observing the overall effects of an experiment on a living subject.

Ex vivo means “Out of the living”. In laboratory science ex vivo evaluation refers to the experimentation or measurements done in or on tissue taken from a test organism, within an simulated external environment to natural conditions.

A prodrug is a medication or compound that which after administration is metabolized into a pharmacologically active ingredient. A prodrug might be used to improve how a medicine is absorbed, distributed, metabolized, and excreted. Prodrugs are often designed to improve bioavailability when a drug itself is poorly absorbed from the gastrointestinal tract.

Clinical pharmacology is the science of drugs and its clinical uses. It has a broad scope, from the discovery of new target molecules, to the effects of drug usage in whole populations. Clinical pharmacology fills the gap between medical practice and laboratory science.

The word Pharmacokinetics is derived from two words, Pharmacon meaning drug and kinetics meaning putting in motion. It can be defined as that branch of pharmacology that deals with the absorption, distribution, metabolism and excretion of drugs and their relationship with the onset, duration and intensity of the drug effect. In simple word it is the study of what the body does to the drug.

Pharmacodynamics is the branch of Pharmacology that deals with the mechanism of action of drug and the relation between the drug concentration and its effect. It is the study of physical and chemical effects of drugs on body, parasites and microorganisms. In simple words it is the study of what the drug does to the body.

It is the study of how variations in the human genome affect the response to medications. This relatively new field combines pharmacology (the science of drugs) and genomics (the study of genes and their functions) to develop effective, safe medications and doses that can be exploited best suit a person’s genetic makeup.

Pharmacoepidemiology can be defined as the study of the therapeutic effect(s), risk and use of drugs, usually in large populations, using epidemiological methods and/or reasoning. It is basically conducted in three ways namely: Observational Cohort Studies, Case Control Studies and Phase Trials.

It is that area of pharmacy that deals with the quantitative and theorective principles of science as they apply for the practice of pharmacy.

Toxicology is the branch of pharmacology which includes the study of adverse effects of drugs on the body. It deals with the symptoms, mechanisms, treatment and detection of poisoning caused by different chemical substances.

Chemotherapy refers to the treatment of diseases by chemicals that kill the cells, specially those of microorganisms and neoplastic cells. It is classified into two divisions namely antibiotics and antineoplastics.

It is that branch of pharmacology that deals with the comparison of one drug to another belonging to the same or another group.

Animal pharmacology deals with the different properties of drugs in animals. A vast variety of animals are utilized for testing including rabbits, mice guinea pigs, etc. Drugs are given to the animals and all parameters (their behaviour, activities, vital signs, etc.) are recorded. These are done to evaluate the drug entity before testing it on humans.

Posology is the branch of pharmacology which deals with the dosage of drugs.